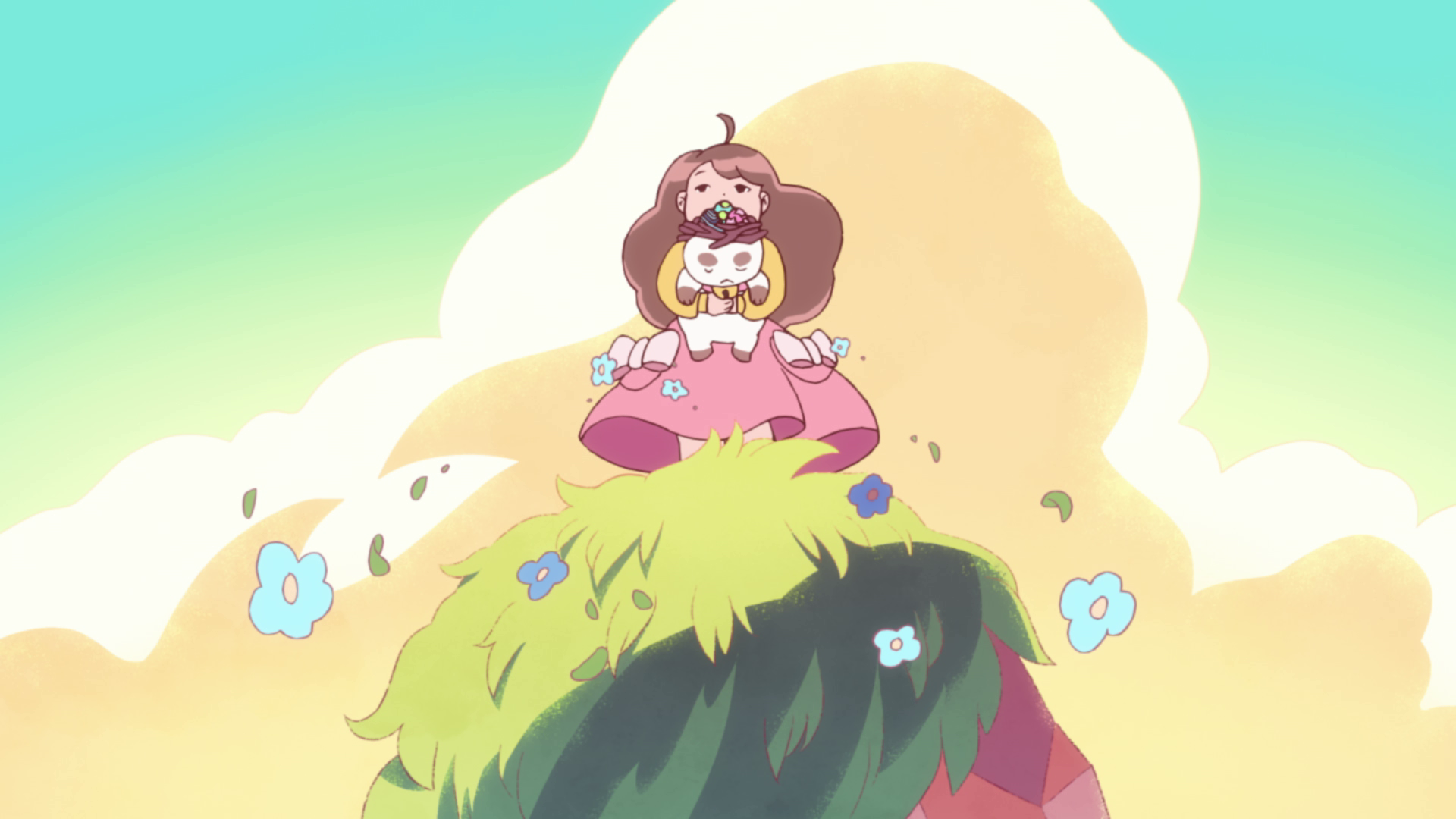 Bee and PuppyCat: Lazy in Space

New Series to be Produced by the Team Behind “Castlevania,” “Adventure Time” and “The Fairly OddParents” in Partnership with OLM, Inc., the Powerhouse Behind “Pokémon” Animated Franchise

Bee and PuppyCat Creator Natasha Allegri to Serve as Showrunner

NEW YORK, N.Y.- June 12, 2018 —Get ready for a brand new season of comfy pants and floor snacks! Creator Natasha Allegri, Frederator Studios (a WOW! Unlimited Media company), and VRV, a fan-focused aggregation platform from Ellation featuring premium SVOD channels, announced today that a new “Bee and PuppyCat” story, “Bee and PuppyCat: Lazy in Space,” is in production and set to launch in 2019. The series will live exclusively on VRV within the Cartoon Hangover Select channel. Tokyo-based OLM, Inc., known for such big hits as the “Pokémon” animated franchise, with support from its subsidiary in L.A. Sprite Animation, will be co-producing with Frederator Studios (“Castlevania,” “Adventure Time,” “The Fairly OddParents”). “Bee and PuppyCat” creator, Natasha Allegri, will serve as showrunner.

In the new series, “Bee and PuppyCat: Lazy in Space,” the beloved lead characters’ world is even more expansive (and possibly in danger) as the pair combat problems big, small, and totally weird, all while trying to make rent in time. In addition to a new storyline, “Bee and PuppyCat: Lazy in Space” will feature longer, half hour episodes, along with an extended season. Allegri has relocated to Japan specifically to oversee the show’s creative at Tokyo’s OLM to ensure the new series comes to life with a look and feel that rings true to the original production.

Frederator Studios’ VP of Development, Eric Homan, said “Natasha’s among the most remarkable talents we’ve worked with in the last twenty years. She’s got such a singular creative vision, and it’s a privilege to support her.”

“We created VRV to build fans a better universe, filled with great shows from talented and unique voices,” said Arlen Marmel, general manager of VRV. “Frederator and Natasha’s new take on ‘Bee and PuppyCat’ will be an incredible new show, exclusive to VRV, and we’re hopeful that fans will be just as excited as we are.”

Mr. Okuno, President and CEO of OLM, Inc. said, “We are delighted to host Natasha and her team in Tokyo to work alongside our crew for the duration of the production. Being able to capture the exact, unique, look and feel of the series that she wants to create is a pleasure.  It isn’t often that we get to work so closely with such a visionary U.S. creator.  We are all enjoying the cross-cultural experience.”

Fred Seibert, head of Frederator Studios said, “The reason why ‘Bee and PuppyCat’ continues to be a hit is not only because of Natasha’s amazing ability to imagine and create something that is unique in the animation landscape, but also develop a series that truly resonates with a core group of fans. A show’s success depends both on creative vision and the ability to drive passionate fans to spread the word about it. With her amazing work, and the opportunity to bring the show to the Cartoon Hangover Select channel on VRV, we have been able to touch a mass niche of animation fans who have not only fallen in love with ‘Bee and PuppyCat,’ but continue to be highly supportive of the show, franchise, and Natasha.”

The “Bee and PuppyCat” franchise has resonated with fans from the beginning. More than 40 million minutes of the original “Bee and PuppyCat” two-part pilot have been watched on YouTube, and over 18,000 fans contributed to a Kickstarter for the series in 2014, making it the most-backed animation project in Kickstarter history. Over the years “Bee and PuppyCat” has continued to grow into a pop culture phenomenon, spurring a line of cookbooks, plush toys, and more inspired by the characters.

“Bee and PuppyCat” is the brainchild of Natasha Allegri, a breakout voice in this generation of animators, creating compelling stories that have deeply connected with fans. She has worked on other hit animated series including “Adventure Time” and “Over the Garden Wall.”  Allegri is also the creator of the gender-flipped “Adventure Time” concept “Fionna and Cake,” and she wrote and illustrated a comic series based on the spin-off. In addition, she directed “The Summoning” and is a writer on Netflix’s “Cannon Busters.”

In addition to “Bee and PuppyCat,” Frederator Studios is also behind several hit series of the past decade for TV, SVOD, and internet including Butch Hartman’s “The Fairly OddParents” on Nickelodeon, Pendleton Ward’s “Adventure Time” on Cartoon Network, and more recently “Castlevania” for Netflix.

Frederator Studios makes cartoons for television, movies, and the Internet. It was founded by serial media entrepreneur and former Hanna-Barbera president Fred Seibert in 1998 as a unique incubator for big animation ideas by producing original cartoons. More than 250 short films have resulted in 17 hit series for television and the Internet, including Bee and PuppyCat, Butch Hartman’s The Fairly

OddParents on Nickelodeon, Pendleton Ward’s Adventure Time on Cartoon Network, and Castlevania, based on the Konami video game, for Netflix.

WOW Unlimited Media Inc. is creating a leading next-generation kids and youth animation business by focusing on digital platforms and content. The company’s key assets include: the world’s #1 digital animation network (Frederator Networks), one of Canada’s largest, multi-faceted animation production studios (Rainmaker Entertainment), one of the most successful U.S.-based independent animation production companies of the past 20 years (Frederator Studios) and multiple owned and operated VOD channels on digital platforms, including its latest launch of Cartoon Hangover Select on Ellation Media’s VRV platform. Bell Media is the company’s strategic partner. The company operates out of offices in Toronto, New York, Vancouver and Los Angeles, and is listed on the TSX Venture Exchange (TSX-V: WOW.A and WOW.B).

OLM, Inc., one of Imagica Robot Holdings Group’s companies, is a Tokyo-based production company with renowned animation, live-action, and visual effects divisions. Best known for their work on the Pokémon films and television series, OLM’s credits include a variety of projects for the global market, ranging from traditional 2D anime, to video games, to live-action and CG-hybrid feature films.

Los Angeles-based Sprite Entertainment, Inc., a subsidiary of the OLM Group, is a boutique CGI animation house specializing in the production of high-quality animated content, as well as providing anime localization and 2D animation production support services for their parent company.  Creatively helmed by Moto Sakakibara, Sprite has produced numerous television projects for top-tier networks such as Disney and Netflix.  Their first feature-length CG film, Rudolf the Black Cat, opened to critical and commercial success in 2016.